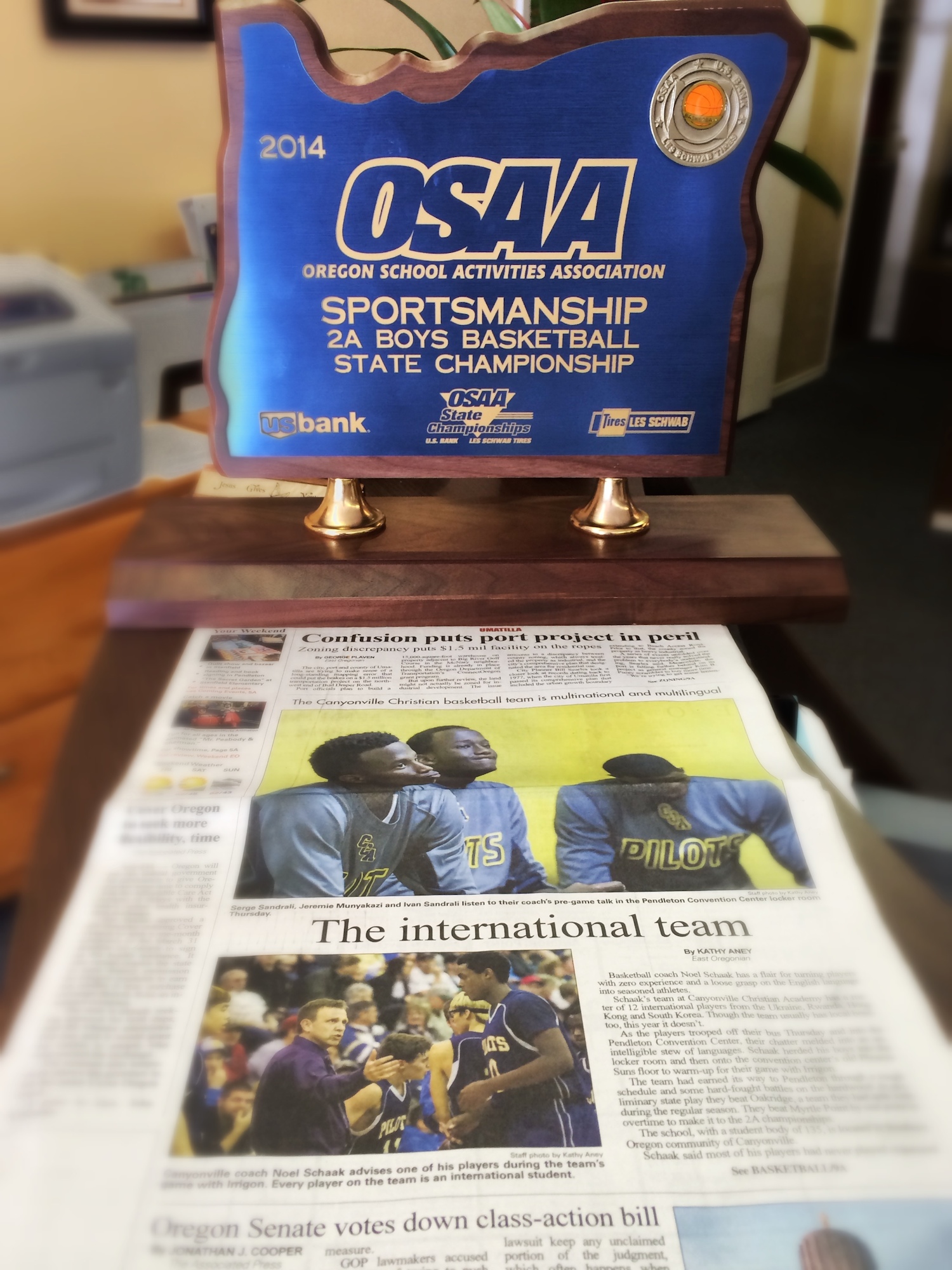 It was a great year in basketball for the Canyonville Christian Academy Pilots as they played hard and persevered all the way to the state championships, taking 7th place.  Good job boys!!

Pendleton, Oregon is about 7 hours away. Although, we were not able to send any spectator students to the game. We were able to listen to the live broadcast on internet radio so that the whole school could enjoy the excitement of our team making it all the way to State finals.  One of the truly great things during the game besides how well our boys played, was how our rival teams and their parents gathered in CCA’s section to cheer for our boys.  We were listening on the radio and heard a large crowd chanting “CCA! CCA!” and even doing our victory chant every time a point was scored.  So special thanks to Oakland, North Douglas and Days Creek for cheering us on during our two games.  That was a great feeling!

To quote from a huge spread about Canyonville Christian Academy in the Eastern Oregonian newspaper titled “The International Team”: [pullquote]Basketball coach Noel Schaak has a flair for turning players with zero experience and a loose grasp on the English language into seasoned athletes. Schaak’s team at Canyonville Christian Academy has a roster of 12 international players from the Ukraine, Rwanda, Hong Kong and South Korea.[/pullquote]”

During the Saturday night awards show, with Irrigon taking first place, the announcer suddenly announced the OSAA first place trophy for Sportsmanship for Canyonville Christian Academy!  Coach Noel Schaak headed to the court to be presented with the trophy pictured here.  The crowd went wild which prompted the whole team to go down to the floor, said our athletic director, Brian Fye.  Brian said that it was an emotional time and something that we didn’t expect.  This trophy means a lot to Canyonville Christian Academy because it speaks of character, something which Noel Schaak and Mike Stansberry try very hard to instill into our students.  To say that we are proud of our team would be an understatement!  Thank you boys and coaches for a great year of basketball at CCA.