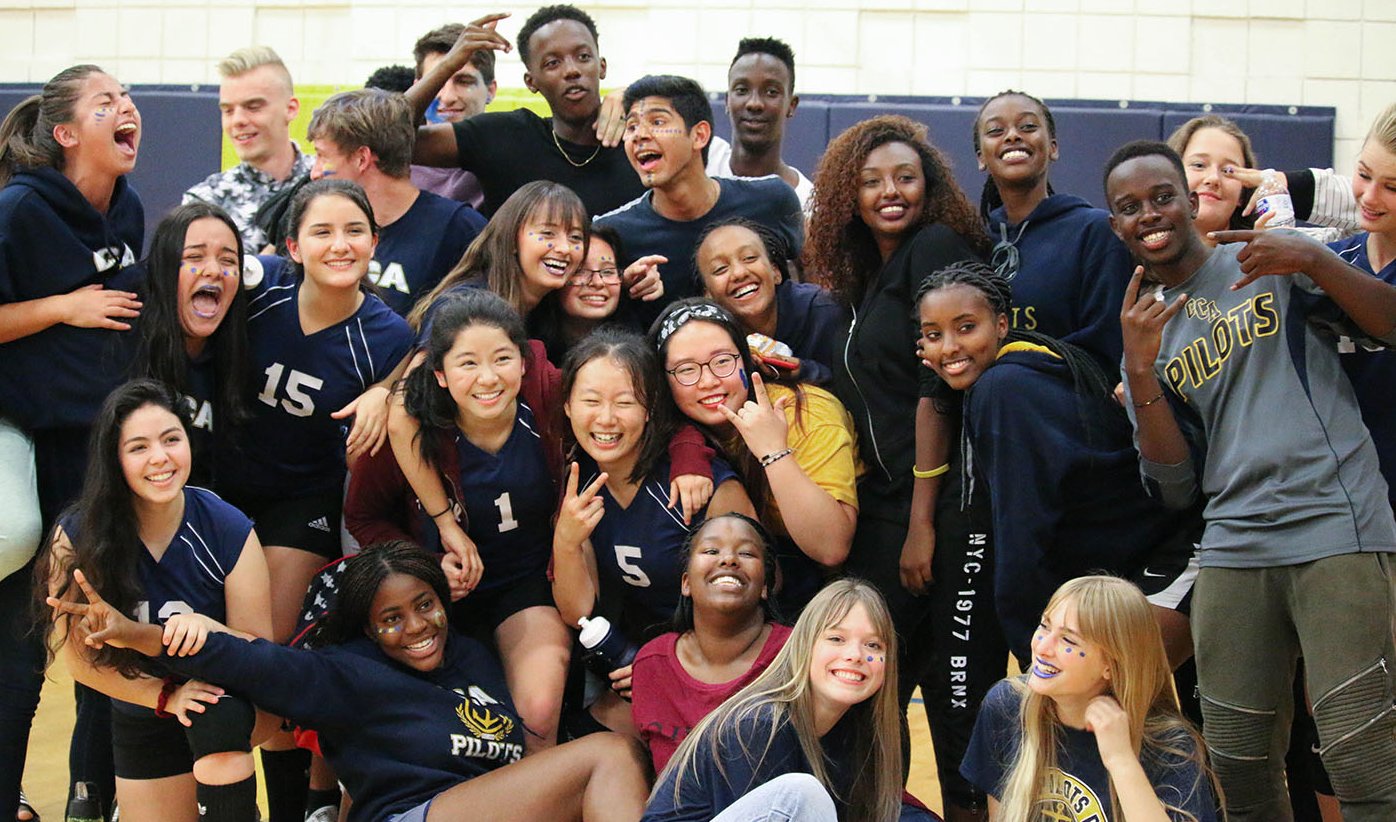 in All Stories, Sports

Canyonville Christian Academy's Girls' Volleyball team brings out the crowds for their first two games of the season!

Canyonville Christian Academy’s Robert Shaffer gym was filled with the sounds of cheering fans, ringing cowbells, striking of volleyballs, blowing whistles, and joyous laughter this week as CCA’s Girls’ Volleyball team had their first home game of the season.

This Christian Academy’s volleyball team has been working hard to prepare for the season.  They have been practicing on the weekend and even had a two-a-day practice.  They are a determined group of young ladies!  They know that volleyball takes technic, skill, and teamwork and they are putting in the hard work to achieve it.

The volleyball team along with their new coaches, Shannyn Cupp & Olivia Gulliford, are excited and ready to make a difference in CCA’s volleyball program!  It is a new season and a new year.  Although the team is a mix of players, some who have only played volleyball in PE and others who have played competitively for years, they are all looking forward to working together and playing together.

We want to encourage our girls to play volleyball first, to glorify God and second, for their teammates and CCA.

“Whatever you do, do your work heartily, as for the Lord rather than for men”

With each game, the girls’ volleyball team improves!  We are proud of our Pilots for their positive attitudes, hard work, and determination!

Shannyn Cupp is the head coach for Canyonville Christian Academy’s volleyball team.  She has one daughter who is a graduate of CCA and another daughter who attends the school now and is on the volleyball team. Last year Shannyn followed the girls’ volleyball team and saw their potential.  She is excited to not only be able to spend more time with her daughter, but also help CCA’s volleyball players achieve their potential in the sport.  Coach Cupp says that her team is made up of sweet, gracious, and hard working girls.  She is thankful to send her daughter to a school and be a part of an environment that has a family atmosphere and shares the love of Christ.

Olivia Gulliford is the assistant coach for CCA’s volleyball team.  She is a family friend of the Cupp family.  Olivia played volleyball throughout junior and senior high school.  She also played in college at UCC.  Coach Gulliford has been very impressed with the team’s desire to learn and improve in their volleyball skills.  She is excited to help them improve and see them grow.