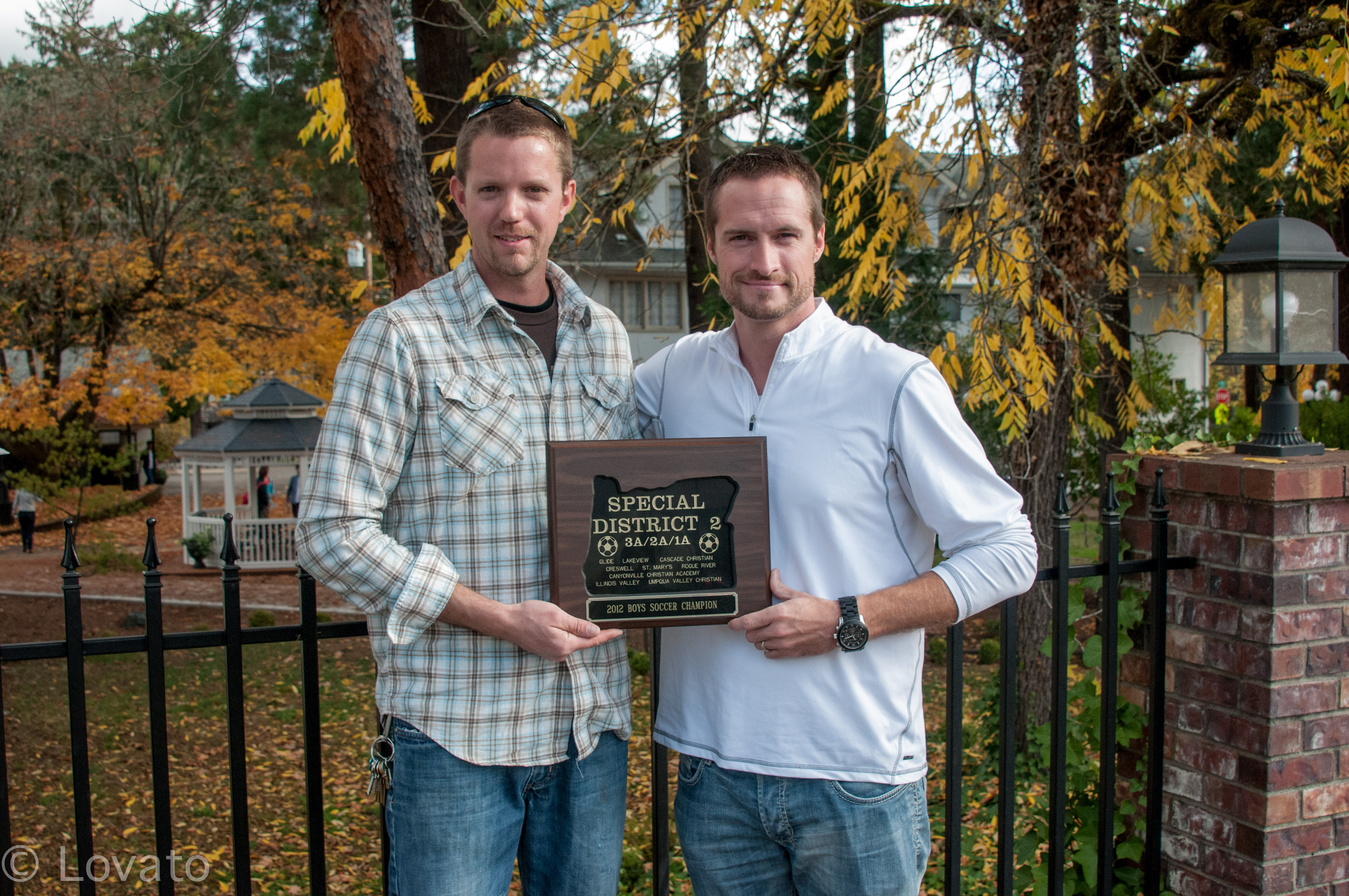 Coaches Mike Stansberry and Eric Payne pose with the 2012 District Championship trophy for the Canyonville Christian Academy soccer season.  We are all so proud of our coaches and the CCA Pilots soccer team.

Canyonville Christian Academy’s soccer team played their best-ever season with a one-goal loss to Delphian School in the opening round of the OSAA state playoffs.

The 2012 Pilots posted an incredible 8-2 season record, won the district championship, and gave up just seven goals for the season.