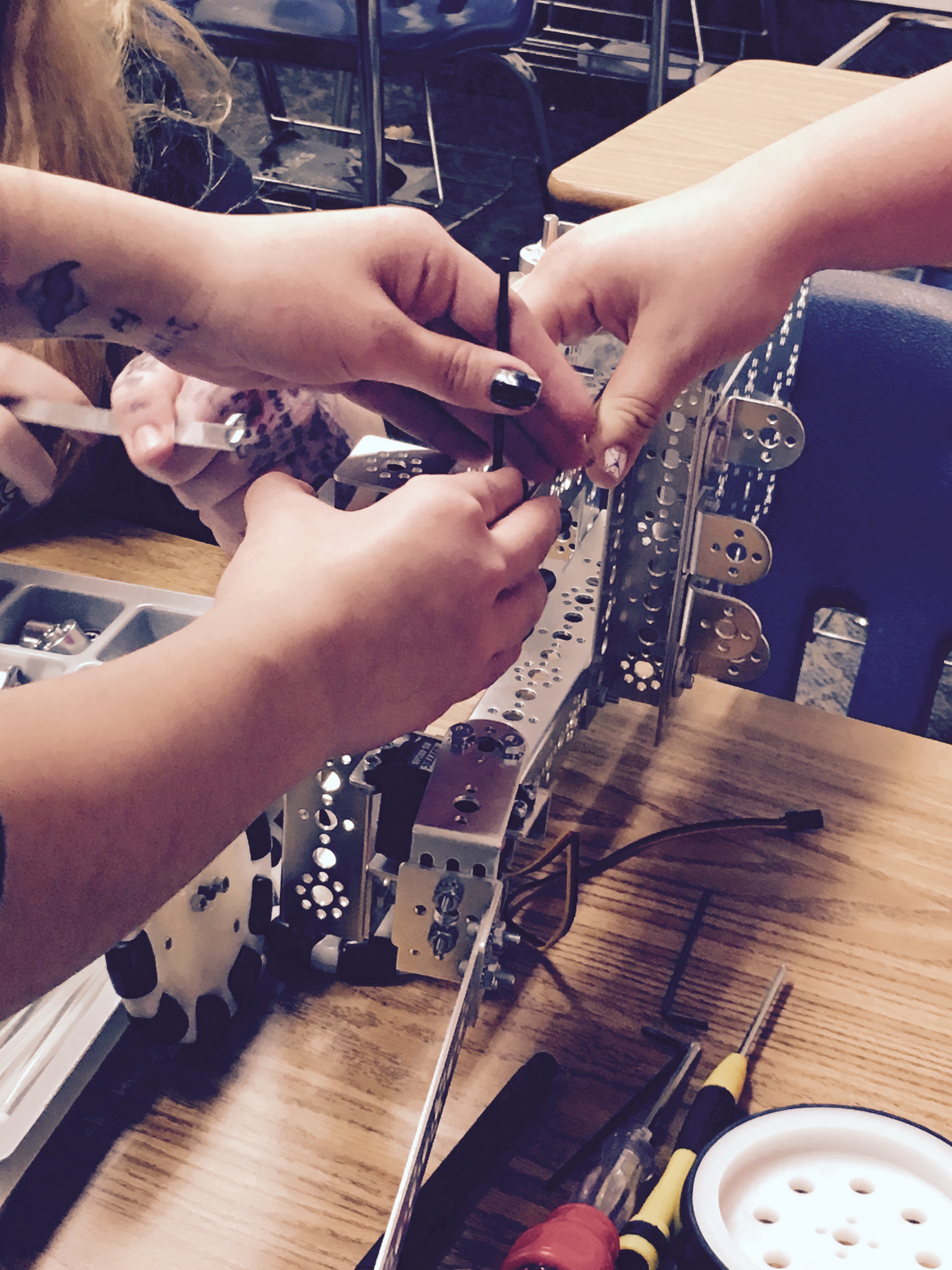 In October, Canyonville Christian Academy (CCA) partnered with South Umpqua High School (SUHS) to begin a Robotics Club.
Local YMCA Director, Christine Turvey championed the formation of the local team by succeeding in getting a full robot kit provided for the club via a grant.
The robot the students ultimately build will have both remote control and autonomous functions.  Remote control operation of the robot will be similar to operating a radio controlled toy car with a student at the controls.
Autonomous operation—the robot acting on its own—will come later because the team has to learn how to program their creation.

The local club is part of a nationally recognized robotics league called FIRST (For Inspiration & Recognition of Science & Technology (FIRST).

FIRST provides a network of schools with robotics clubs for technical support and competition.  Mentored by Mr. Luke Suhr, Head of CCA’s Mathematics Department, the club is off to a solid start.

Six CCA students and three from SUHS are learning about basic robotics, doing basic competitions and mainly observing for the club’s first year.
The club meets Tuesday nights each week for 90 minutes and also attends local events as they get up to speed.

While competition is part of the system, schools encourage rivals and share technical and logistical expertise.  Unlike reality tv shows where robots fight it out, the FIRST league’s competitions are about robots solving problems and accomplishing missions. Think about the challenges robotics experts face when their robots explore Mars and you’ve got the idea.

The goal is for every school and its team to learn to be the best robot builders and programmers they can be.  While victory in the robotics arena is fun, competition is both friendly and cooperative.

Thus far the team has attended one local practice competition where they observed previously-formed teams and received suggestions from more established robotics teams.  The club will be attending a competition event January 21, 2017 and additional events throughout the rest of the school year.
The biggest challenge so far is finding a mentor with expertise in coding for the computer language that will drive the robot.  Until then, they will be working on basic construction and manual/remote control aspects of robotics.
Share
activitiesbest christian boarding schoolCanyonville Christian AcademyChristian Boarding SchoolOregonrobotics teamSouth Umpqua High school