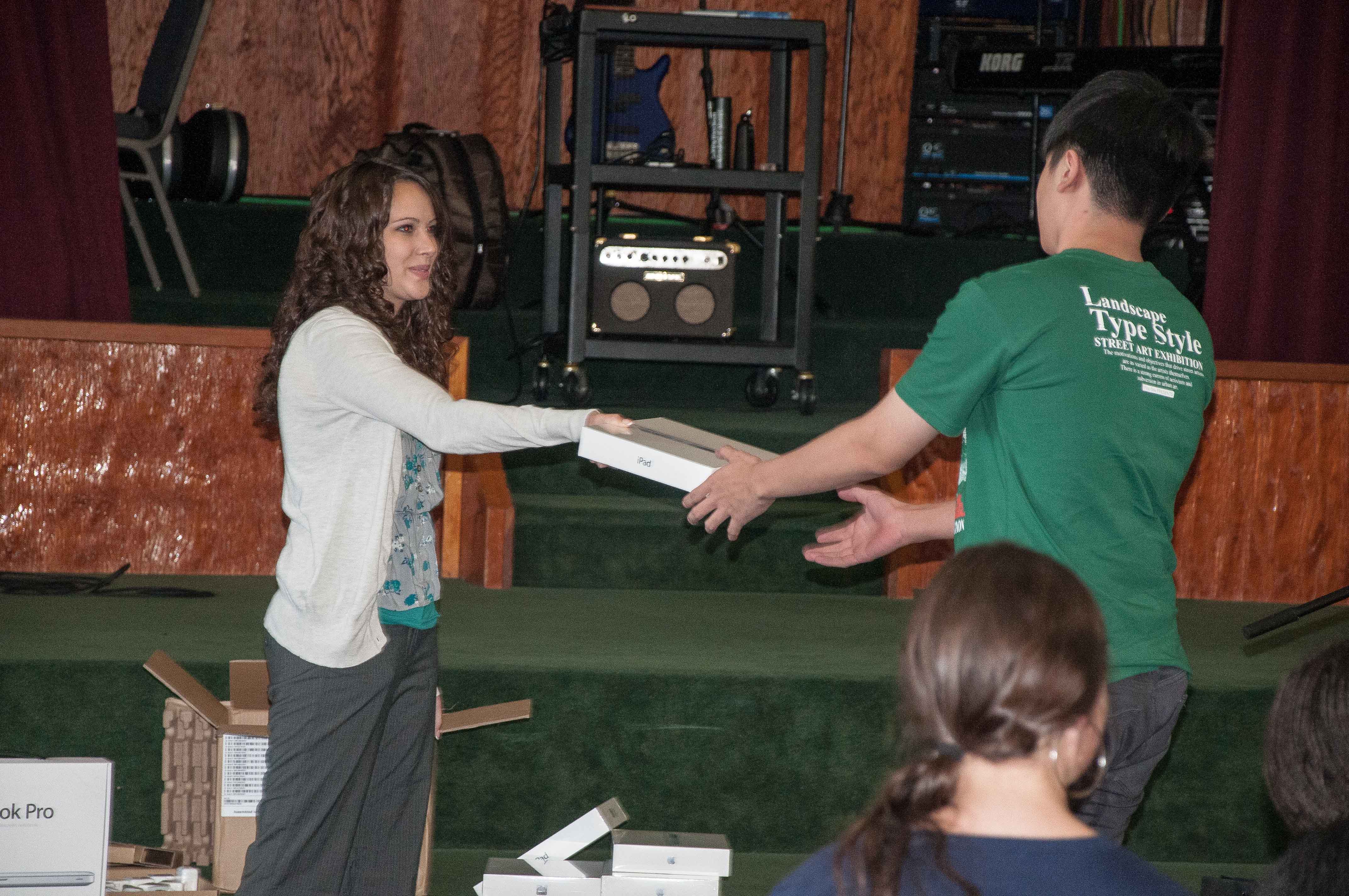 During the first week of school at Canyonville Christian Academy, students planned out their schedules, new friends were made, and all the nervousness began to wear off.

It definitely looks like it’s going to be a great year! The students who had paid their full year tuition by July 15th were anxiously waiting for their new Ipad3’s.  Some students were not able to make that deadline and didn’t qualify for the giveaway, but all students were entered into the Macbook Pro giveaway contest.

CCA’s two lucky winners were William and Ivan!  Ivan flew out of his seat and hopped up and down as Mrs. Lovato, Head of School, handed him his Macbook.

Congratulations to our two winners William an Ivan!