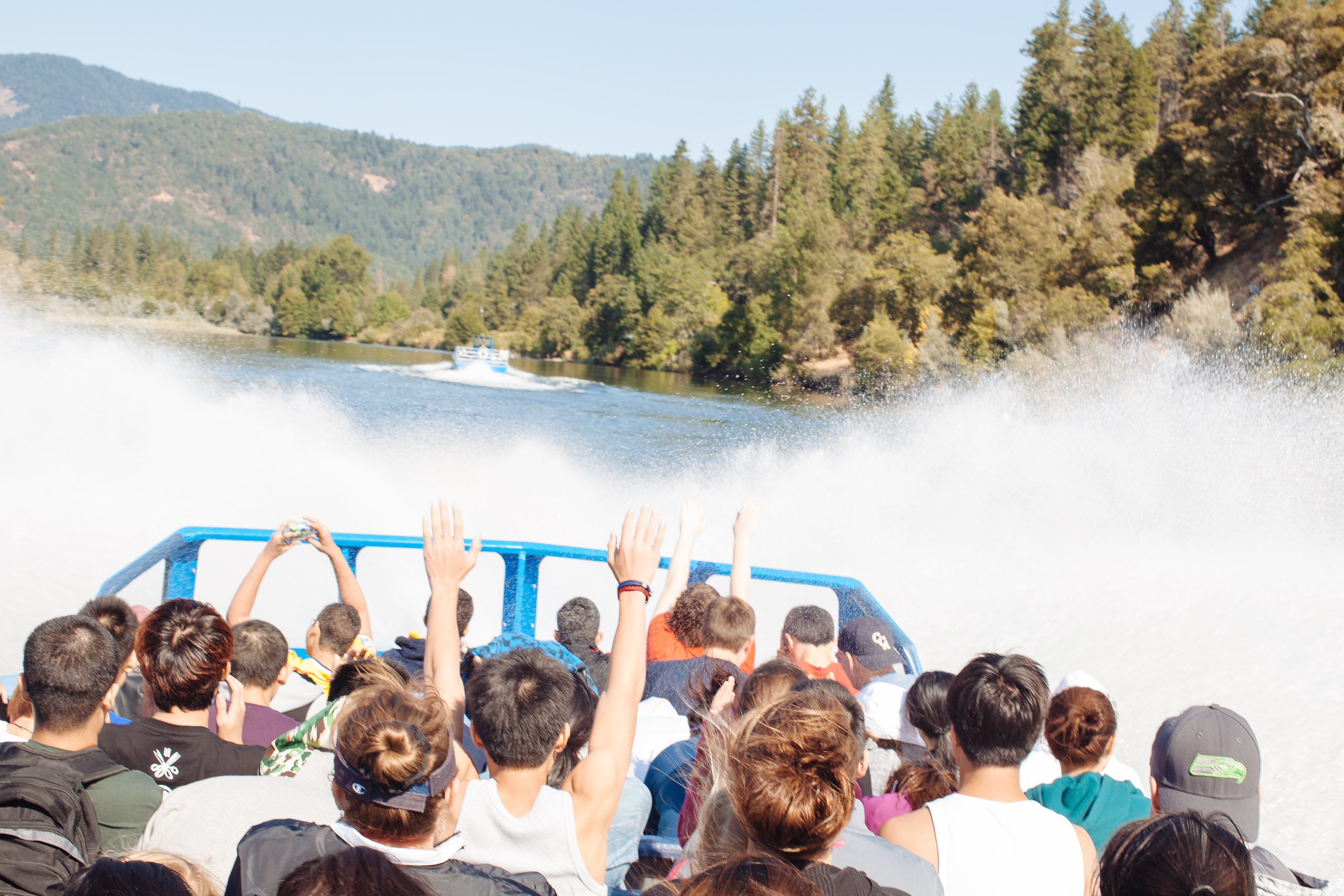 The weather had warmed up nicely and everyone was ready for the rest of the jet boat ride. The boats followed each other and bounced over the waves speeding faster and faster. Turning this way and that they performed a turn they called the «shake and bake,» which produced smiles, yells, screams, and laughter. It sprayed all the passengers of the boats and everyone got wet! However, the best part of the trip was the jet boat water war! One of CCA’s jet boats took the other by surprise and turned very closely to the other. This caused a great wave to crash over the boat with head of school, Cathy Lovato. It soaked everyone in it! As the boats raced down the river, Mrs. Lovato’s boat looked and cheered for their chance to get the other boat back. And surely enough, before the boats were docked, the favor was returned!