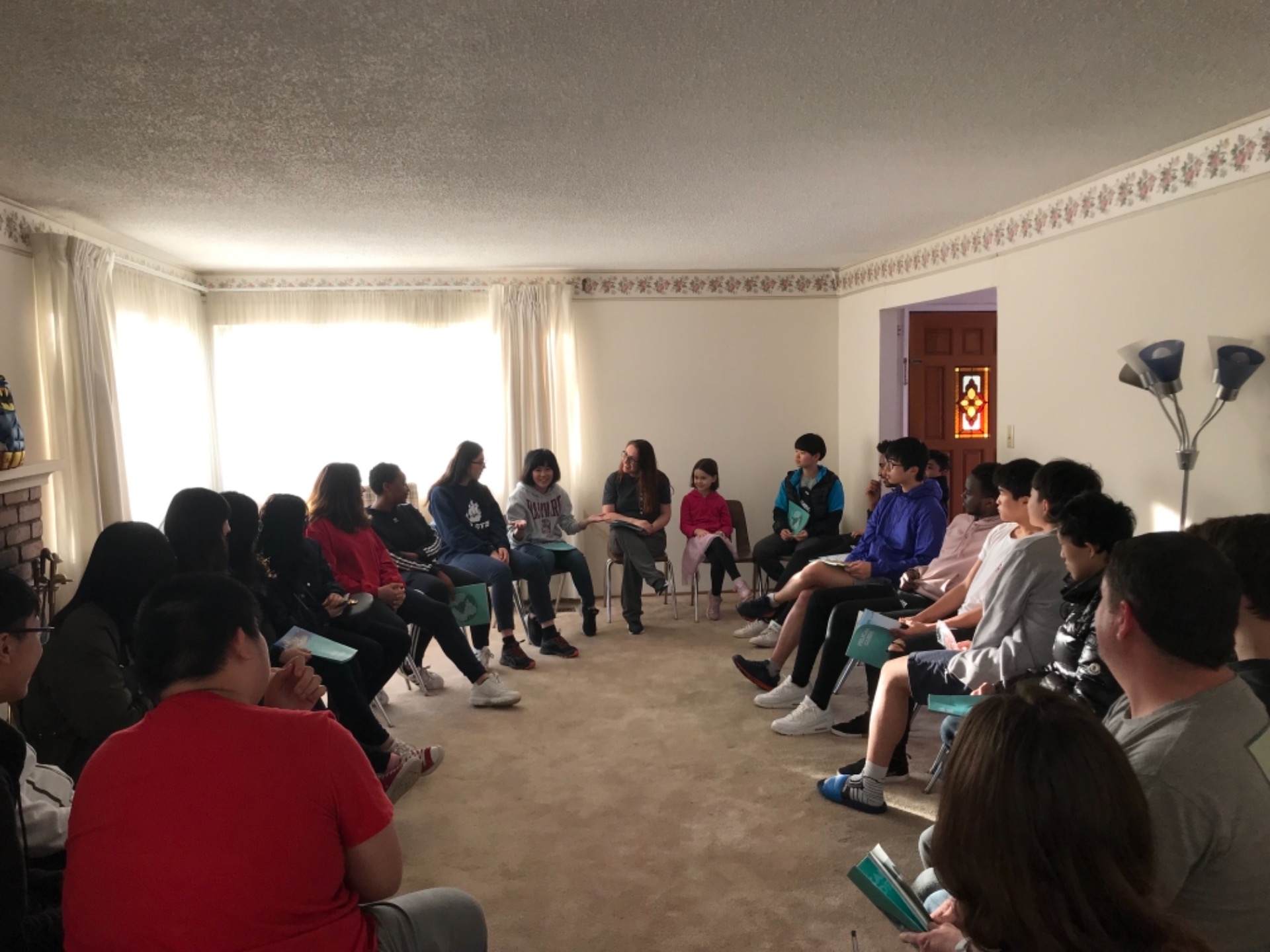 Mrs. Karen Vincent was one of the handful of staff here at Canyonville Academy that went with our students down to California for the Praying Pelican Missions. When asked about her experiences with the students, she provided us with wonderful answers to our questions. We wanted to share her answers with you, to get a better insight into how the trip with the students went. As well as how our students grew and learned from their experiences.

1. How was the general attitude and “vibe” of the trip? Were the students excited and ready to help?

At first the students were hesitant and nervous. It was hard for them to know what to expect, but I think they knew that they would be challenged and taken out of their comfort zone. As the trip went on, there became a positive vibe among the students. They seemed ready to tackle each task that was asked of them. The majority of them were ready to help with anything.

2. What do you think was the thing the students did that had the biggest impact on the community?

It’s hard to narrow it down to one thing. Each activity impacted the community in very different ways. We spent an afternoon giving lunch and hygiene packs to the homeless community in Berkeley. The people that we encountered were impacted, but I think that our group was impacted even more personally. We were able to engage in authentic conversations with the homeless, hearing their stories and praying together. Many of our students’ eyes were opened and perspectives were changed that day.
Another activity our group engaged in was helping a ministry called Court Side Prayer. We stood outside of a local courthouse and offered The Daily Bread devotionals and other materials to people going to court. I was so blessed to see how bold our students were as they kindly approached people and asked if they would like prayer. A couple of girls came up to me, full of excitement, that they prayed for a woman without the help of a leader. They said it was the first time they prayed for someone out loud, and in English! We closed the afternoon by gathering our whole group in a large circle as each students and leader prayed in their own language for the city and those coming to court that day. It was very touching.
Each afternoon we went to an after-school program for kids. Our students were hesitant at first to interact with the children. A couple guys told me they were not comfortable with kids. By the end of the day they were giving shoulder rides, playing soccer, coloring, and just fully engaged with the kids there. It was an awesome sight! I believe that we had a lasting impact on the children there through the friendships that were built. It was so cool to see one of our guys reading to a girl at the park while another group was playing basketball. The girls were playing tag and pushing the kids on the swings. I have many sweet memories that I’ll hold onto from those days.

3. What about something small they might have done unasked that you think helped regardless?

During the in-between moments, I noticed some of our students offering to help our group leaders by taking out the trash or helping with dinner. The leaders told us that this was one of the best groups they had led! It was encouraging seeing the servant hearts of some of our students being developed. Each morning they were challenged to get up early and have a 30-minute devotional time. Even though it was a new discipline and difficult to get up in the morning, several of the students did it each morning without complaining.  I believe this was a huge part of their spiritual growth during the trip.

4. Did a student do something that “surprised” you? For example, if the “student who always sleeps in class” did something extraordinary you didn’t expect them to do.

I touched on it above, but I was surprised by a few of the guys who humbled themselves to play with the young children after mentioning that they didn’t like kids or feel comfortable doing that ministry. Especially the one boy (ESL student) who spent an afternoon reading to a young girl. It was so sweet! Honestly, the whole group surprised me in some ways. At the beginning of the trip I was a bit nervous by now this missions trip would play out with students who had never experienced anything like this. Some of them did not choose to go. I was afraid that we’d have to constantly be “on them” about helping and getting involved, but that was not how it went! They became eager and willing to serve, and they worked very hard with little complaining. There were several moments that I had tears in my eyes because I was so proud of them.

5. How was the trip overall for yourself, and the other adults? Did it feel fulfilling?

I was so grateful to be a part of this trip. It was very fulfilling for me personally and to be able to see firsthand the life change that took place in some of the students. It reminded me that I should not limit God but have more faith that He is and can work in our student’s lives in powerful ways.
The other adults that were a part of leading our team expressed how humbling it was to see how God was using the students. They are used to having church youth groups come. Many of whom have had other missions trip experiences and have grown up in the church. This was a different group dynamic for them and definitely a rewarding week.

6. Do you think the students were learning, and possibly taking the lessons they learned with them beyond just this trip?

I think the students have taken with them the desire to serve others. Some of the girls have been getting together weekly since getting back from the trip to have devotions and pray with each other. It’s been a huge blessing to see them continue in what they learned.
Share
best christian boarding schoolbest college prep high schoolCanyonville AcademyChristian high schoolcollege prep high school