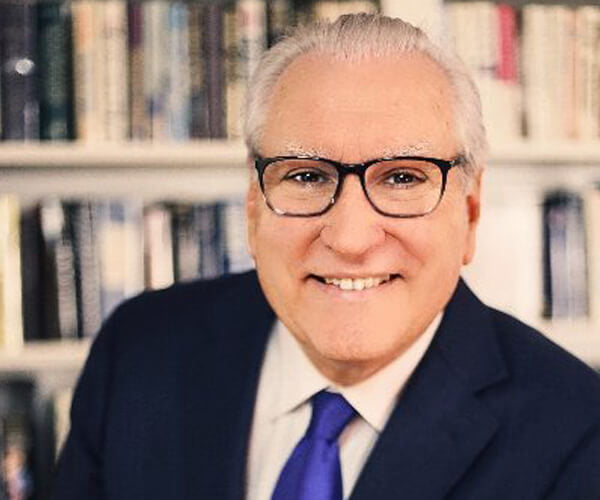 in Alumni News, In Memory Of..

Doug Wead was born in Muncie, Indiana, May, 1946. He was raised in the home of an Assemblies of God minister and denominational leader.  Doug attended Canyonville Bible Academy for his senior year and graduated in 1964.

Doug then attended Evangel University (Central Bible College) in Springfield, Missouri from 1964-1966 and is the recipient of numerous honorary degrees.

In 1972, he began writing about the Catholic Charismatic Movement.  For several years, he was a featured speaker at international, ecumenical events, and served as “unofficial liaison” between Catholics and Protestants in the emerging Charismatic Renewal.

​Beginning in 1974, Doug Wead became a popular motivational speaker at major corporate events. By 1990 he had repeatedly been the featured speaker to capacity, paid audiences at the largest venues in the world, from the Hoosier Dome in Indianapolis and the Georgia Dome in Atlanta to the Dortmund Center in Germany and Bercy in Paris, France.  Millions of Doug Wead tapes and CD’s are in circulation.

In the late fall of 1996, the CBA board voted to close the school at the end of the school year because it was no longer economically viable.
Doug heard about this at a Christmas party near his home in Arizona. He said “I don’t feel it’s time for this to happen” – and he put together a plan, submitted it to the board, and the board reversed its closure decision. Without Doug, the school would have been closed in 1997.

During the 20 years of service he was on countless conference calls for meetings of the Board of Directors and the Board of Administration, which often met monthly. Many, many times he made the 3,000-mile commute from Washington, DC to come to the Canyonville campus. Doug always gave great credit to CBA for being an influential time of his life – and, in particular, he credited Helen Dunbar as being a “life-changer.”

Doug organized symposiums at the school which brought many noted individuals to campus to address the students and visitors from the area. One round-table discussion was carried on C-SPAN, national television. Speakers included Pat Boone, Rev. Benny Hinn, business leaders, journalists, authors, academics, and multiple children of former presidents.

Doug continues to be the school record holder in the 120 yard high hurdles, the second oldest school track record.

President Reagan was quoted as saying, “”And Doug Wead, your excellent service in government at the White House and in the private sector, leading the effort for famine relief in Africa and Asia is a reminder that wherever we work, we can work to serve others.”

One of the more dramatic things he did was opening the school to the girls from Chibok, Nigeria who had been captured by the Boko Haram/Muslim extremist terrorists. This received national media attention and led to an Oval Office meeting for girls with President Trump.

He oversaw students from over 60 countries coming to our campus and 35% of the school’s graduates came to be alumni during Doug’s tenure.

Doug and Mirian also opened their home in Washington, DC many times for student groups from Canyonville who went to DC for field trips, sometimes serving as tour guides.
When he was on the senior White House staff of George H.W. Bush, he invited Bob, Roger Shaffer, along with Lonnie Johnson, to attend a breakfast event with the President in the White House

About 3 years ago, Doug oversaw the transfer of leadership to Rev. Wade Mumm, Orlando, Florida, pastor and personal friend of Doug’s.

Scott Wead, Doug’s son, said in Charisma (online) yesterday, …. “[Dad] traveled on the evangelistic field for a long time, and he was blessed by how often Scriptures spoke about compassion and how God blessed those who show kindness to the poor,” Scott says. “He had a heart for the hurting. He purposed to show compassion through ministry. He worked with Pat and Shirley Boone with Save the Refugees, and he worked in the White House with Jimmy and Rosalyn Carter, George H.W. and Barbara Bush and George W. Bush. He just had a huge heart for compassion ministry.

Doug was a noted author, writing more than 40 books in his lifetime.
Thank you for praying for his wife Myriam and their children and grandchildren during this time.