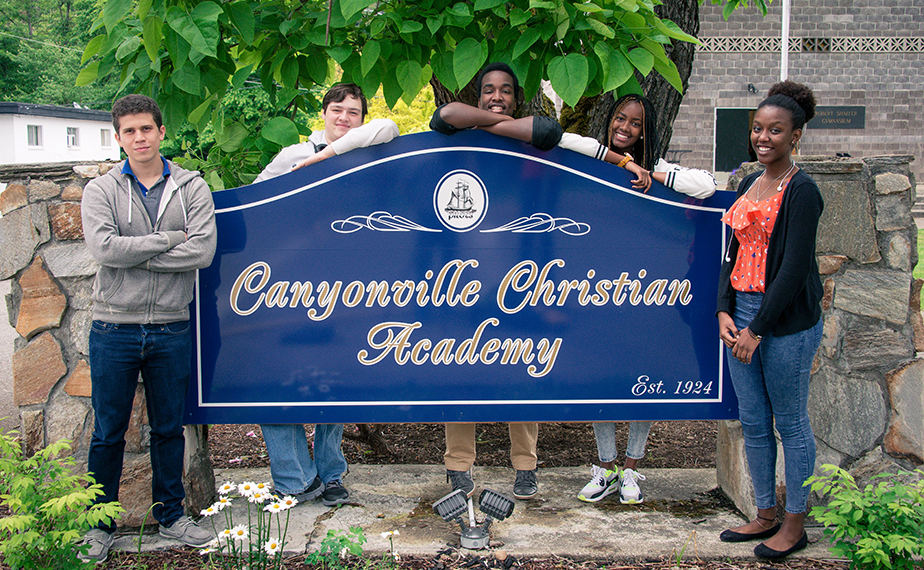 Canyonville Christian Academy is the first school ever to acheive two wins!

The Securities Industry and Financial Markets Assn. (SIFMA) has officially notified Canyonville Christian Academy that we have finished #1 in the 2015 Capitol Hill Challenge National Stock Market Game!  This year over 4,300 teams competed in this national high school investing competition sponsored by SIFMA, with schools investing a hypothetical $100,000 over the course of a 14-week period. The top ten teams from around the United States are invited to meet in Washington, D.C. for three days of events, seminars, and tours of the capital city. CCA will also provide its five qualifying students with two extra days of sightseeing. The team representing Canyonville Christian Academy in Washington D.C. will be Hernando Strusberg, Luigi Van Mol, Bryan Mucyo, Esther Cyubahiro, and Esther Sandrali (picture above).

Canyonville also won the title of the Capitol Hill Challenge in 2014, making this boarding school the first school to not only win the competition twice, but twice in a row!